Sting was brought to a premature end this morning after it was reported that Masicka and Demarco's entourage got into a scuffle backstage during the performance of Major Mackerel's. The show then went into a tail spin from there. The likes of Tommy Lee, Gage, Ryno, and Kiprich tried in vein to bring back things to order, with Lee expressing his disgust about what happened.
The clash between Ryno and Kiprich never got off the ground as it should as things went not how it was intended. It was reported that Ryno grabbed the mic from Kiprich and thats when the plug was pulled. Kiprich was realing out tunes after tunes even about Ryno's $3 million he won last year... and with Ryno desperately trying to get a song in..tried to no avail.. he then ripped the Mic from Kiprich in desperation.

Earlier the likes of Gully Bop got a good crowd response, Ishawna, Teflon and some early female clashing went down well with the crowd.
34 comments: READ MORE HERE

Email ThisBlogThis!Share to TwitterShare to FacebookShare to Pinterest
Labels: Sting 2014 Bopped to an End 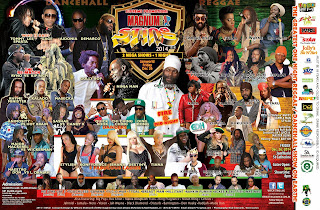 The 2014 Sting poster.. missing are beenie man bounty killer and alkahline. Of cousre Kartel is represented by Gage.. check out his pic second from top left. Gully Bop is up in it for sure .. i expect him to take the show.. barring a killing from the likes of ninja man

Email ThisBlogThis!Share to TwitterShare to FacebookShare to Pinterest
Labels: Sting 2014

There has been an Attempt on Corey Todd life

With the death of ROACH sometime ago when he was brutally gunned down at a Gas Station and it was well known that ROACH was an affiliate to Vybz Kartel when Vybz Kartel was very black. Now Corey Todd was affiliated with Vybz Kartel when Kartel was moving from Brown to White, they were business partners. ...and it is well known that the relation ship between the two broke down, so it was for the relationship between Kartel and ROACH.
Now Roach is dead and there has been an attempt on the life of Todd.
It was recently reported that One of two gunmen who shot and injured nightclub manager and dancehall promoter Corey Todd early Thursday morning was shot dead by a cop during a gunfight in St James.
According to the observer at about 5:00am Todd was in the process of closing the facility when he was pounced upon and shot by two armed robbers.
The bandits were reportedly challenged by an off-duty police who was passing by.
One of the would-be robbers was subsequently shot and killed, while his crony escaped.
Todd was rushed to hospital where he is said to be undergoing surgery.The Independent Commission of Investigation (INDECOM) is investigating. 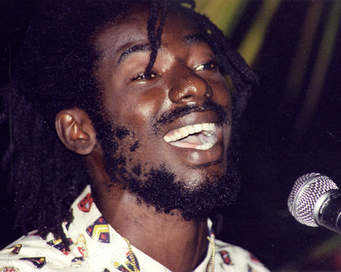 With the upcoming "Greatest One night Show on Earth" Sting 2014, it has been roumered that the likes of Buju Banton would be a great entry in the show if the Jamaican convicted artiste was deported to Jamaica in time for the show. According to recent reports the Grammy winning Jamaican reggae artiste, Buju Banton, who was convicted on cocaine trafficking charges in 2011, has filed a motion in court in an attempt to secure an earlier release date, according to a report in a Florida newspaper.

The Tampa Bay Tribune reports that Buju, whose given name is Mark Myrie, filed his own motion from prison asking to be released early based on a recent change in federal drug sentencing guidelines.

Buju is currently serving a mandatory ten-year sentence for his conviction on a charge of conspiracy to distribute cocaine.